The sound of rustling chairs, quiet voices, and anticipation filled the second floor of the Noah’s Ark facility. Over 75 attendees – artisans, some with their families, and Noah’s Ark employees – sat in rows waiting for the program to begin. In April 2011, Noah’s Ark International Exports began an initiative for sharing profits with the artisans. Through this program, Noah’s Ark hoped to ensure that each workshop’s artisans saw a direct return on their hard work, a benefit often limited to a workshop’s owner.

In its inaugural year, which ran from April 2011 to March 2012, the program was implemented with ten artisan workshops, five of which were represented at the meeting. Noah’s Ark would pay a 1% cash return based on the total value of goods each workshop produced for Noah’s Ark, to be equally distributed among each respective workshop’s employees. At this week’s meeting, these workers were individually recognized and handed their share. While 1% may seem like an insignificant number, the cash received per worker could equal as much as one month’s wages. Workshop owner Khalil Ahmed was so inspired by the initiative that he added an additional sum from his workshop’s profits into the money received by his employees. 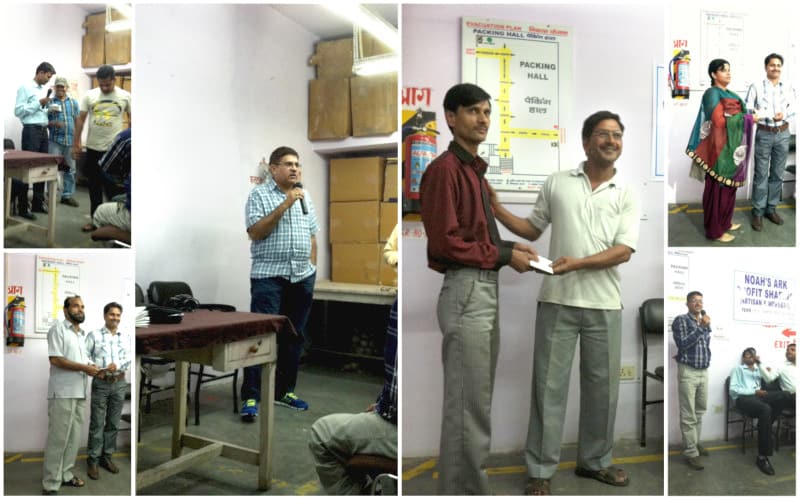